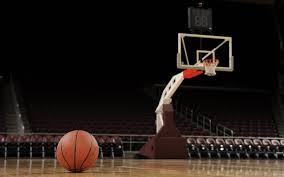 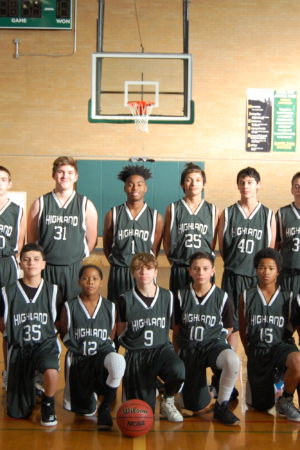 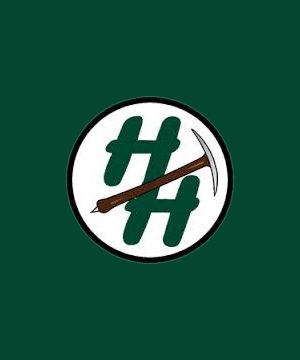 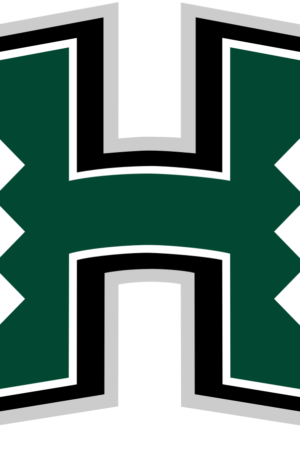 We would like to congratulate the following students for making this year’s basketball team:

Our boys will play their first game on Monday, November 12th, against Venture at 4:15pm at home. 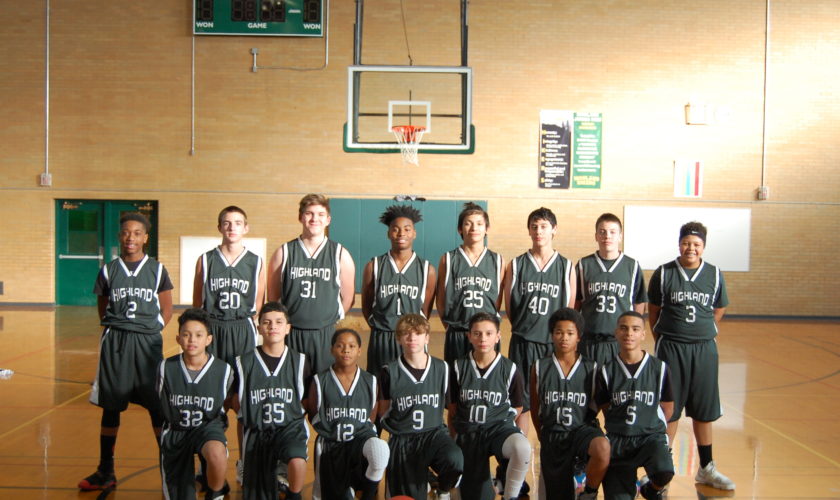 Our boys came up a little short on Friday night to lose the championship game to HighMark 59-48.  Trenton Harris had 20 points and Elijah Harper had 14 points to lead the Hikers in the game.  The boys finish their season up with a 12-2 record.  One of the best season’s Highland Boys Basketball has had in several years.

As their coach, I am so proud of the effort and commitment they put in throughout the year.  I couldn’t have asked for a better group of boys to get work with in my final year of coaching.  These kids did everything I asked them to do day-in and day-out.  I can’t say how much I appreciate the way they won in class and loss in class, and represented Highland Junior High.

I thought the final game was a great game played by both teams.  We got in a little foul trouble in the 3rd quarter, and it hurt us.  I had to sit some guys during this time, and HighMark was able to cheap away at our lead during this time.  Down the stretch we had our chances but just missed some shots.  Number 12 for them came up big.  My hat goes off to him.  He made some big shots in the second half, while we missed some easy ones.

Overall, I am pleased with the season.  We went 12 and 2 on the year, with our only two losses against teams that start 9th graders.  In both games, especially the championship, this killed us on the boards.  I got on our little 7th and 8th graders to box out the best they could, but both losses the size and strength of the other teams’ 9th graders wore us down.  I cannot say how proud I am of the kids and their improvement throughout the year.  Some of these kids I have only had in the program for 1 year, where these charter schools may have had some of their players for 3 years in their systems now.  This makes a big difference in how deep you can go into your coaching styles with your players.  Our kids can hold their heads high.  We won and loss with class. 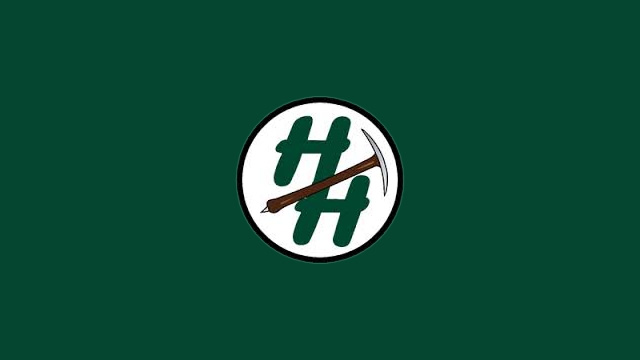 Congratulations to our boys basketball team for beating Mount Ogden 42-27 in the semi-finals.  Elijah Harper led the team with 21 points, while Jordan Perea had 8 points and Trenton Harris added 7 points.  The boys will next play HighMark Chater school on Friday at 3:30 at home for the championship. 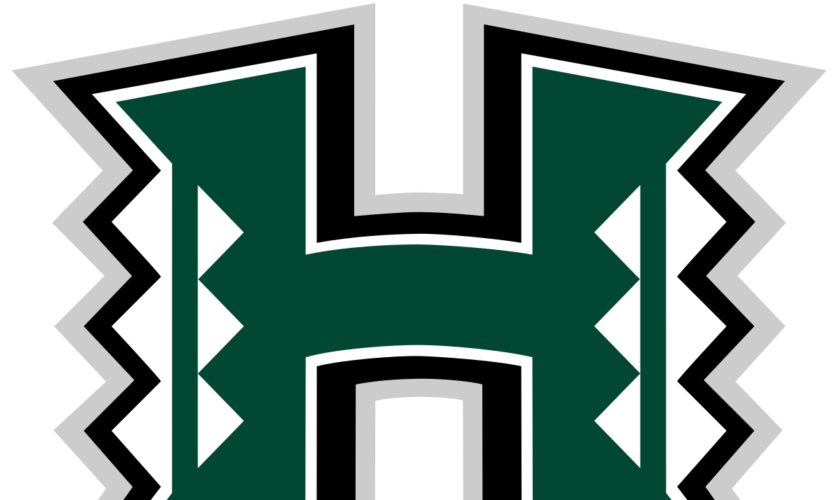 After getting off to a slow start, our boys came out and played a good second half.  Pharreal Coronado led the team with 16 points while Elijah Harper had 12 points and Jordan Perea had 10 points.  Our B team finished off their season with a win to go 12-0 on the year.  Our boys team will take on Mount Ogden Wednesday at home for the first round of the playoffs.

Our boys basketball team got off to a quick start the other night and were able to hold off a good Mount Ogden team 41-30 for the win.  Elijah Harper had 17 points and Trenton Harris had 10 points for the Hikers to help lead them in their victory.  The boys play their last regular season home game this Friday at 3:30pm against Syracuse Arts Academy.

The B team picked up another win in a close game to improve to 11-0 on the year.

Way to go Hikers! Keep up the hard-work!

Our boys basketball team lost a tough game against Venture 35-38.  Venture’s size hurt us inside on the rebounds all night.  I am proud of the toughness our 7th and 8th graders showed against their big 9th graders, but we got a little tired and worn out towards the end of the game.  Jordan Perrea played his heart out with 9 points and 14 rebounds.  The boys will play again on Wednesday at home against Mount Ogden.

The B team picked up a nice win afterwards.  They keep showing improvement each game and are fun to watch.  I am proud of hard they work and listen.

The boys basketball team improved to 8-0 last night with a win over Mound Fort.  After getting off to a slow start the team came together in the 2nd and 3rd quarters to take a nice lead and hold on to the victory from there.  It was a good team win for the Hikers with everyone who got in the game providing much needed minutes for the team.  Oakley Rentmeister had some great assists for Highland and Jordan Perea had a big game inside for the Hikers. 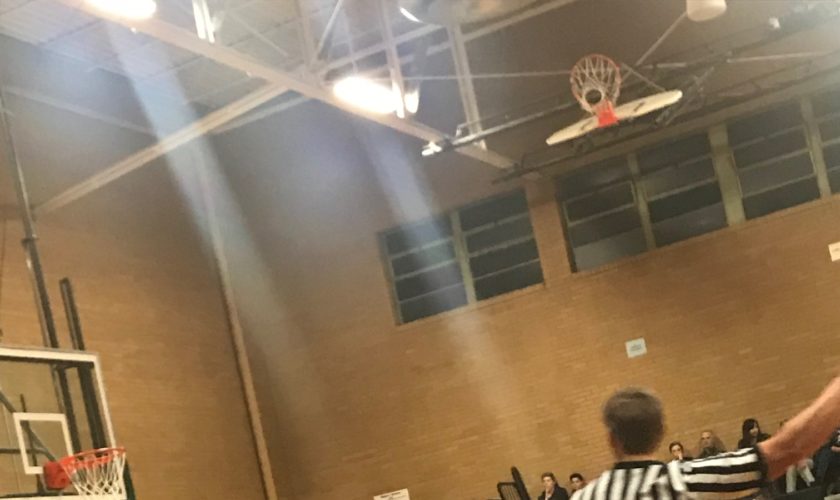 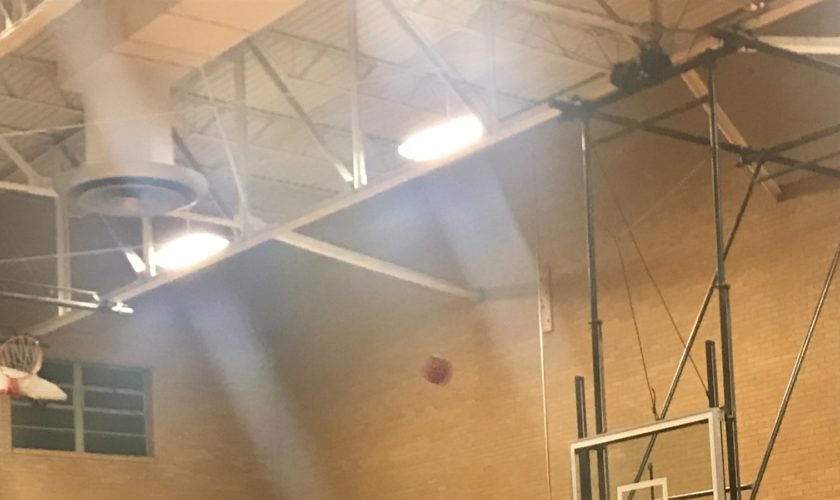 The boys basketball team picked up a tough win last night at home against HighMark Charter School.  I am proud of the way our kids played and how hard they fought against a good team.  With the charter schools being allowed to play with their 9th graders and us only being able to play our 7th and 8th graders, puts our district schools at a disadvantage strength and size wise.  I’m not going to make excuses and won’t allow our kids to use it as one either, but some nights it’s just tough.  Win or lose, I am just happy and proud of the effort our kids are giving each game. 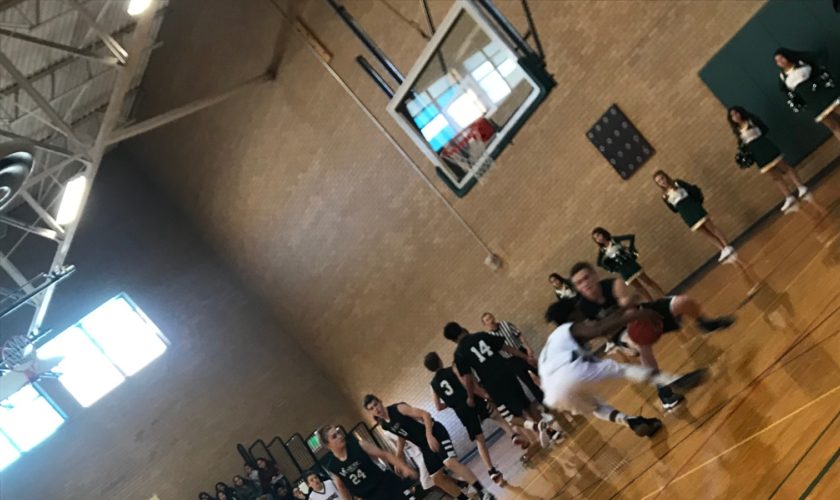 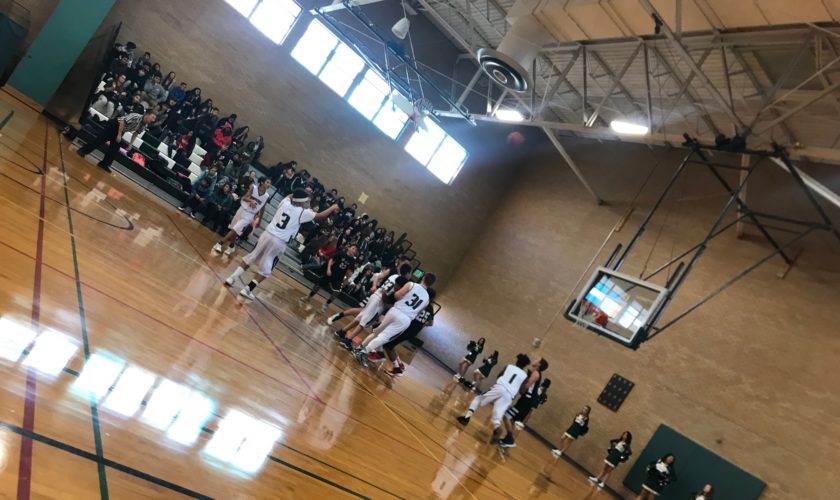 Last night our boys basketball team picked up a hard fought win against Venture Academy 41-35.  Venture has a good group of strong, tall 9th graders and gave us a tough fight.  Their size and strength really hurt us inside playing against our 7th and 8th graders, and it showed on the rebound totals.  I am proud of the way our team stuck together in a close game and did the little things to get the win.

The boys basketball team picked up a win last night on the road against a tough Syracuse team.  Oakley Rentmeister had 12 points for the Hikers, and Pharreal Coronado added 6 points and 4 assists.  The team will have their next game at home on Wednesday night versus Utah Military Academy at 4:15pm.